In this episode, we are talking with Angela Kyle about her family’s multi-generational connection to Carpenter’s Creek in Pensacola, Florida. Angela’s great, great grandfather, Fred Hudgins, bought 10 acres of land adjacent to the creek in 1901. That land was inherited by his wife, Jennie Hudgins, and two acres of that land (the part that is not adjacent to Carpenter’s Creek) remains in the family today. The other 8 acres, which included the Creek access, were sold by her great grandparents, Sim and Minnie Dawson, in 1956, seven years after Jennie’s death. After the sale, that land was redeveloped as an all-white subdivision in an area that came to be known as Spring Hill. According to a 1959 letter to the editor, prominent Pensacola businessman, town leader, and member of the KKK, TT Wentworth, promised continued public access to Carpenter’s Creek when it was sold. The creek had come to be used for baptisms for Black churches on Sundays and recreation by both Blacks and Whites throughout the week. This access was especially important for the Black community because their options for recreation and religious gathering places were severely constrained by segregation. Mr. Wentworth reneged on that promise, and Carpenter’s Creek was cut off from all Pensacolans, but especially its black community for the last 66 years. But thanks to the 2012 Restore ACT, and the concerted efforts of a number of local residents, including Angela and her mother, Carpenter’s Creek is enjoying something of a renewal. Angela has joined us today to share this story, her family’s story, of Carpenter’s Creek and unequal opportunity in America. 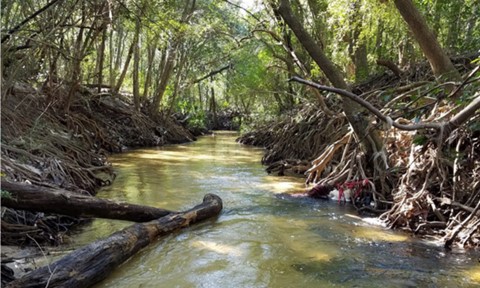 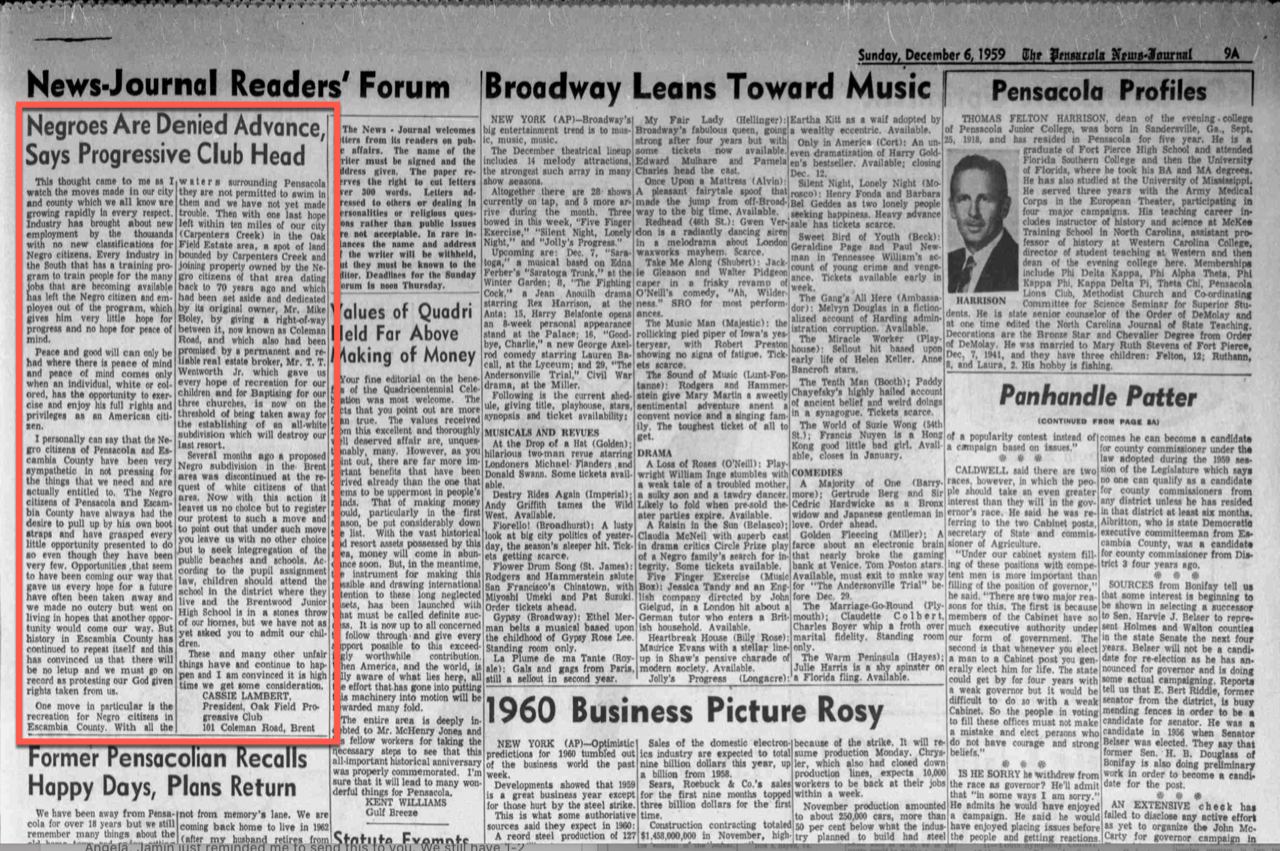